A Valentines For Oilers Fans 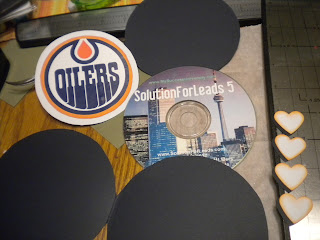 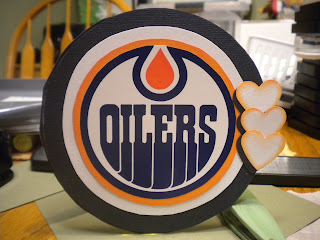 There has to be time to think and time to create.

Dale Anne Porter is having a "Share a Heart a Day" challenge and folks are linking in with their creations. 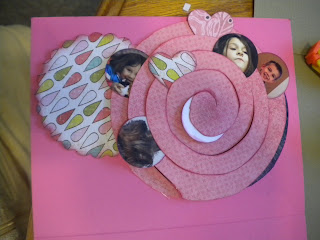 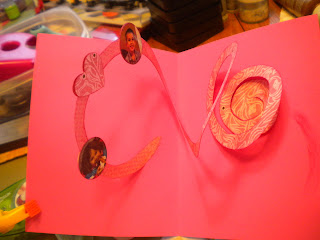 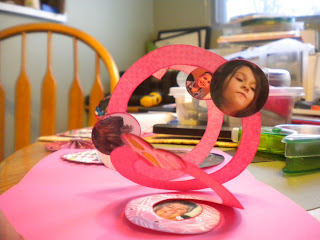 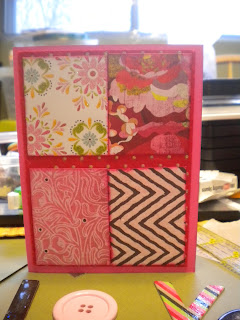 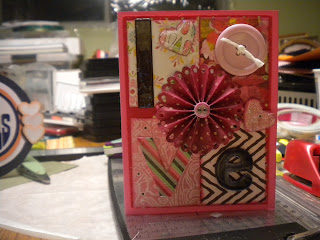 And there was time to create another block for the Farm Girl at Heart. 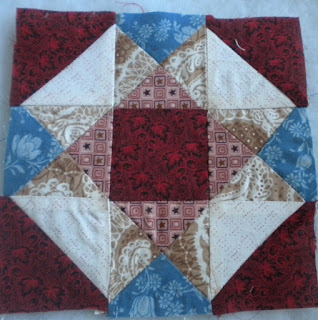 #76 Squares and Diamonds
Posted by Kathy's A Quilter at 1:58 PM No comments:

Getting ready for Valentines

When not in the studio sewing I switch to scraping of a different sort on the dining room table. This year I decided that I should get it in gear and create some valentines cards for my little grandchildren, ages 3-9. So I have set about gathering up all manner of embellishments: embossing hearts, re-purposing odd bits of embellishments, and including on a suggestion from my daughter Cynthia about "Angry Birds" and how much my 9 year old grandson would love it. 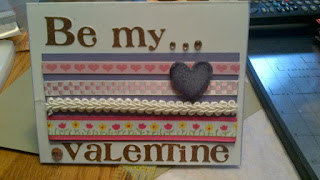 Okay, so the first one is fairly tame, but I did emboss the heart..."found" some purple embossing powder in the stash. 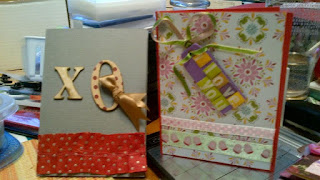 Enter # 2 & 3. Little more thought/effort.  I pleated the gold-dotted paper and sewed it into place on the Bernina. 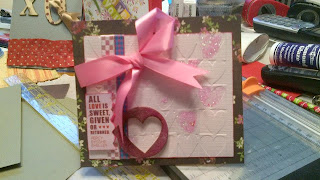 #4. I textured the card stock using my Diana's cuttlebug, then painted in some of the recessed hearts with glue and sprinkled on the glitter.  Painted AND embossed the above mentioned heart blank and added the "love" sentiment. 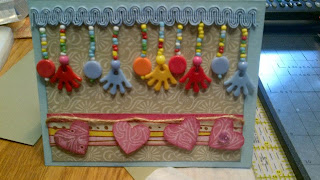 #5. Because there is a 3 year old on the valentine list, I had to make something that was more interactive. The 'clappy-clown-hands' are a fringe that I got at fabricland a few years ago that have just been waiting in the bin very patiently for just this sort of use. 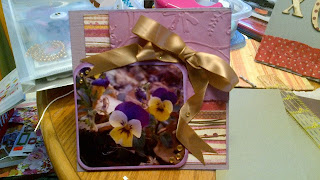 #6. okay so this is more sophisticated than a kid's valentine's card. In fact I think will be used for something entirely different, but for someone I love non-the-less. Once again using the cuttlebug to emboss more cardstock. Rhinestone dots on the cards and ribbon add another level of appeal. 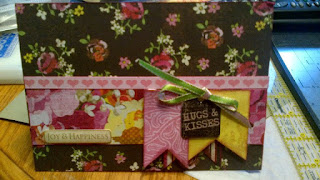 #7. Finding a few stickers and strips that will make for nice combinations, along with a another small piece of ribbon.  I must say that I love ribbon added to cards. 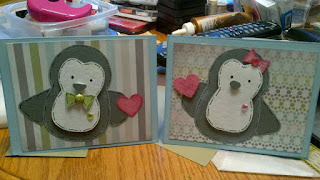 #8 & 9. A couple of little penguin cuties, cut from grey cardstock and embellished with line/dots and rhinestones. Quick simple and very very cute. 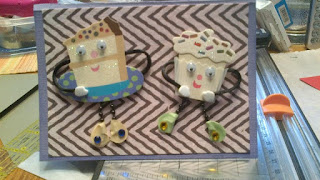 #10 & 11. A couple  of cupcake cuties that were re-purposed from a commercial birthday card I had received from my niece a few years ago that were in the "bin".


# 12 & 13. The third cupcake cutie from the 'bin' with a side bar of stick-on flowers.
But while at dinner last night I showed my daughter the growing pile of cards and when I said I still needed to figure out something for 9 year old Ty, she suggested rather than love hearts (or even Lego) that he would love and totally get "Angry Birds. So grandma did her homework and found out the slingshot figures prominently and so do boxes and green piggies (which are inside). Traced the round shape from the bottom of a glass and added the top feathers while cutting him out. Hole punch confetti for eyes. Yellow triangle given a pinch for the beak (adhered with a pop dot). Add the uni-brow scowl and I have my version of an angry bird. 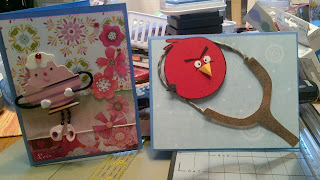 Wishing you a great Sunday
love and hugs to all
Kathy